What is Dorsal and how did it start?

Dorsal was created in Australia after the wave of shark sightings and attacks around the wider Ballina region in 2014/15 and was kicked into gear when a Tasmanian diver was killed in front of his daughter by a 4.5m White Shark.

In many of these cases, people had reported seeing a shark in the area the day prior but had no way to alert anyone about it. On the flip side, there was no central portal for people to access sightings from around their area before entering the water.

After doing some research, we quickly realised there were no centralised, national solution for reporting / informing about shark sightings and thus, Dorsal was born.

What started as a small side project quickly escalated to the full 360 degree reporting solution for shark sightings Dorsal has evolved to.

It consists of taking Public and Official sightings from various sources and pushing those reports out to the wider community.

The Dorsal solution is made up of several key components, including the Dorsal Scan alert and distribution system that keeps us informed of sightings online, the Dorsal Drone and Dorsal GPS solutions that alert us from sightings in the sky through our partners. Users can also submit reports via the apps and website for verification and distribution by the Dorsal team. Those reports are fed into the backend database that manages the reports and stores all shark reporting data and statistics. Then there is the various outlets for reports including www.dorsalwatch.com website, iPhone and Android apps, Facebook and Twitter pages.

Why is Dorsal unique?

Dorsal is the worlds largest end to end shark reporting and alerts system.

How do you verify Public reports?

We currently have a system in place for approving Public reports. This includes:

If we aren't satisfied with the original report and/or don't receive any follow up explanations from our enquiries, then the report wont be approved or sent out.

Please note that all Dorsal users agree to be bound by the Dorsal Terms and Conditions found here: https://www.dorsalwatch.com/termcondition/.

What happens with Fake or Hoax reports?

If any reports are submitted that don't meet the criteria or the submitter fails to respond to communication seeking verification from Dorsal, they are deleted from the backend.

Where a report falls through the cracks and is published and only to be found to be fake, we remove the report from all channels and block the person from the system. If necessary, the offenders details are also passed on to the relevant authorities.

I submitted my report and it still has not gone live?

As per our verification procedure, only vetted reports get approved and sent out.

If your report has not gone live, it is likely we have asked for further information from you. We generally hold reports on file for 24hrs while we wait for additional info.

To find our questions, please go to any of the following:

Also, if you report is over a day old, it wont get pushed to Dorsal users, however it will be available on the App, Website and stored in the database for people to view.

If you have not received any message and your report is legitimate, then please contact us via email at info@dorsalwatch.com.

Why do I get reports that are a day old?

At Dorsal, we have a policy of reporting all sightings that are up to a day old.

There are several reasons for this:

1. We can only report sightings when we are given them, which can often be a day late. Coupled with trying to verify the content, this can cause delays of minutes to hours.

2. We also add reports that are older than a day old to the database to help people know about sightings in their area. Often people will look at up to a month of sightings, which means we need to keep old sightings on file

3. Finally, while sharks do travel great distances, they can often hang around. The very reason this service started is because there have been incidents where people who were attacked the day after a sighting of a similar shark in the exact same area

Should I rely on Dorsal before getting in the water to ensure I don't get attacked?

Dorsal is a risk reduction service, not a failsafe solution to protecting yourself from sharks.

We certainly can't monitor every shark in the ocean or capture and provide details on every sighting from the public or officials.

We make no warranties as to the accuracy of the information provided, either from Official or Public channels.

We do our best to verify them as quickly and accurately as possible, but ultimately the user needs to make their own mind up about the hazards associated with entering what is the sharks natural habitat.

Please note that all Dorsal users agree to be bound by the Dorsal Terms and Conditions found here: https://www.dorsalwatch.com/termcondition/.

Where is Dorsal currently available?

We also don't want accidental or hoax reports coming from around the world given how time consuming each report is to verify, so we limit the availability of the app.

We will be expanding to other regions such as South Africa in the near future. If you would like to see Dorsal expand to your region, please don't hesitate to get in contact at info@dorsalwatch.com

How many users do you have on the system?

Dorsal currently services over 500, 000 people across its apps, social pages and websites.

Can I use your sightings on my own site?

Due to limited resources our API documentation is not public however feel free to contact us for collaborations and partnership opportunities.

Does the app or service cost anything?

The app is free to download however you can opt in to support our work and services by joining Dorsal Premium for $9.99 a year. This will grant you access to notifications to your phone for shark sightings around your GPS and favourite beaches, an ad-free experience as well as other exclusive Dorsal Premium features.

Is it aimed at only surfers or anyone that enters the water?

It was designed primarily for surfers given many of the attacks have involved surfers, but it is available for everyone to be aware, including ocean swimmers, fishermen and divers.

Will you be making an app for Windows phones?

Not in the short term. We are currently looking at this but it is a low priority. You can access the reports from any of the non-app based sources listed below

Will there be an SMS or Phone in service in the future?

Yes, we are currently looking at an SMS and 1800 number solution for those who want to use these services.

How do I get reports if I am in the water?

We are currently working on a new waterproof wearable that will hook up to the various data sources to alert people while in water.

More info will be available on this shortly, however it is still a little while away. 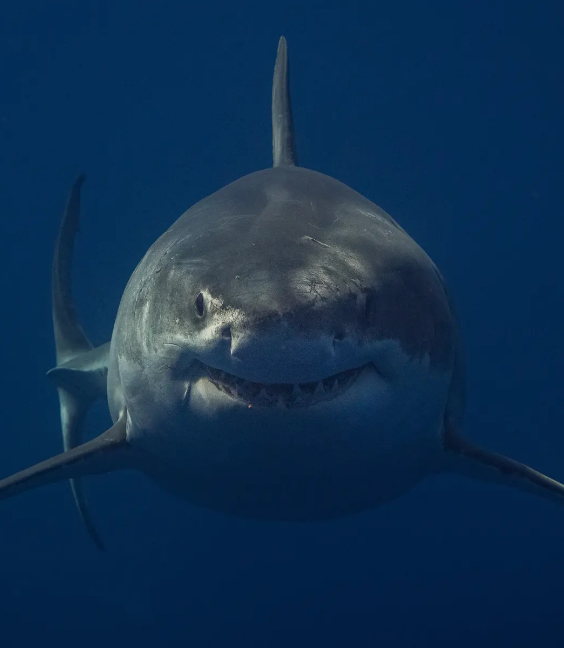